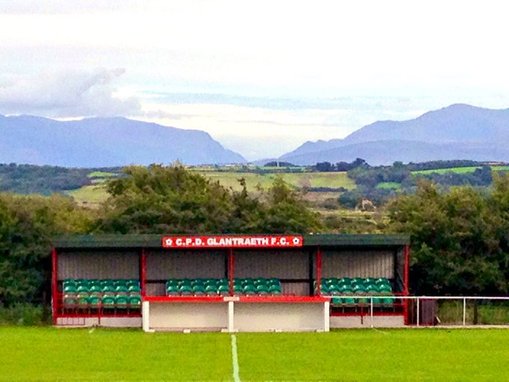 We begin 2020 with a visit to Anglesey to play Glantraeth in a Gwynedd League match in Bodorgan on Saturday 4 January (2pm kick-off). Glantraeth are a former team of our very own Les Davies, who was recently named Sgorio's player of the decade. 2019 marked the 25th anniversary of the founding of Glantraeth, who won the Cymru Alliance in 2005-6 but were denied promotion to the Welsh Premier League due to ground regulations

Postponements have meant that Glantraeth have only played nine matches in the Gwynedd League so far this season, and they are currently 13th. They have, however, had some good results in cup competitions this term. Last month, they had a 3-2 win away to Bro Goronwy in the Bob Owen Shield and in November beat Bontnewydd 9-2 in the same tournament.

Following our own 13-2 win against Bontnewydd in our last game of 2019, Dylan Summers-Jones has overtaken Jamie Petrie on our goalscoring charts following his five goal haul. Dylan has now scored 33 goals this season, one more than Jamie.

After Saturday's match against Glantraeth, there won't be long to wait for your next chance to watch Bangor 1876. We have a game at home to Waunfawr on Monday 6 January (7.45pm).

Finally, we would like to take this opportunity to thank both sets of fans who attended our recent match against Bontnewydd for impeccably observing the minute's silence in memory of Louisa Shooman. Our thoughts and sympathies are with the Shooman family following Louisa's passing.