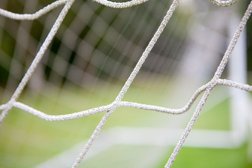 On the morning of Friday, 23 July, the Club was informed by a member of the squad that he had undertaken a personal lateral flow test for COVID-19 which proved positive. This was later confirmed by a PCR test taken that morning. On the same day, the Club was informed by the Gwynedd Test, Trace, and Protect team that relevant members of the squad would have to self-isolate until 31 July. This is a legal requirement.

Consequently, our opponents in the Welsh Cup on 24 July, Llannerch-y-Medd; the FAW; the League authorities; and Aberffraw and Amlwch whom we had played, or were due to play, were informed of the sitauation. We are grateful to the League and the clubs involved for their understanding and we will be playing Amlwch on Wednesday 11 August (away, 7.30pm kick-off) in a re-arranged league fixture.

However, the FAW informed the Club on the afternoon of 24 July, having received an explanation of the circumstances that morning, that the FAW’s National Club Board “...have already agreed the outcome of such circumstances, prior to the JD Welsh Cup Qualifying Round 1. The Board unanimously agreed that if a Club is unable to fulfil a Fixture on the Conference Date, it will be regarded as an unfulfilled fixture and that Club will forfeit their place in the Competition..”

The Board has considered this response and decided to lodge a protest with the FAW which was sent, as required, by letter accompanied by a fee. We are of the opinion that important principles are at stake, and that these are relevant to all clubs and, particularly so, when COVID-19 strikes.

The Club will not be commenting further until the formal protest process has been concluded.