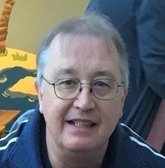 ‘Our club, our rules’ is a principle we still stand by

FC United fan Phil Bradbury gives us the lowdown on his team, and discusses the importance of fan ownership in football

What motivated you to follow FC United?
I always say that if you ask 100 different FC United fans about their reasons for getting on board, you’ll get 100 different answers. The Glazer takeover was obviously the catalyst for many though and certainly for me but there were other factors, not all of them by any means unique to Manchester United. In some senses it was the creation of the Premier League and the sense of elitism that it seemed to usher in. I supported Manchester United because they were my local team. No other reason. I always disputed the suggestion that the majority of United fans were glory hunters from outside the city but, in the last few years I followed them, it certainly felt like the balance was tipping more that way because fewer local fans could afford to go. It seems to have been largely forgotten that Glazer takeover, which I took part in protests against, was a hostile one so when it went through it was the last straw. I no longer felt I could support – or at least finance – what was now basically a money-making venture seeking to make an already rich family even richer at the expense of ordinary fans. To say nothing of the way the debt-laden deal was structured to ensure that it would be those very fans who paid for it! I regard my decision to part company with Manchester United and then to join the FC United venture as two different decisions but, once I learned about FC United, it seemed the natural place to turn.

What does FC United represent for you?
Mostly the fact that it’s the antithesis of all that I’ve just spoken about. I was deeply disillusioned when I turned in my Old Trafford season ticket, and FC United gave me back a love of a game that (with Sepp Blatter lording over FIFA amid everything else) I’d come to see as broken and corrupt. It was the chance to start afresh with something new with the opportunity to shape (and subsequently re-shape) the way we wanted it. ‘Our club, our rules’ is a principle we still stand by, and was a particularly prominent mantra in those early days. That said, I have to admit that I was far from convinced at first that it would work. I attended the first few pre-season friendlies but wondered if, while it was one thing for people to come and enjoy a day out, a few drinks and some light-hearted singing at what seemed like a novelty game of football, would they be so keen to keep coming once the season started and the weather got colder? A lot of people were asking the same question and a lot were adamant that they would … but would they be in enough number to make it viable? I really didn’t know. It was somewhere amid the fourth and last pre-season friendly at Flixton, where we finally scored our first goal and the roof nearly came off the place, and the opening league games (a 5-2 rain-sodden win away at Leek CSOB and a 3-2 win over Padiham in our home opener on a scorching day at Gigg Lane a week later) that I could see that it really did matter to people that we should win games and progress.

There’s also been the countless friendships I’ve made at FC United. In the end at Old Trafford I was going to games and sitting among strangers. Standing was long gone of course and it was either that my old United supporting friends had been priced out or had season tickets in other parts of the ground. Nowadays, watching FC United home or away is as much about the chance to spend the day out among friends as it is about following my team. At times, that’s kept me going during periods when, to be honest, the football has been dire!

Are there any particular highlights that stand out from the years you've spend following FC United?
If there’s one game that stands out among all others, it has to be the 3-2 FA Cup 1st Round win at Rochdale on Bonfire Night 2010. But that whole cup run was a memorable experience – there was also a day out on Teeside when we played Norton & Stockton Ancients in the 2nd qualifying round. Although nobody ever seems to talk about it now, there was also the dramatic 1-0 home win over Barrow (the first time we’d beaten a side more than one level higher in an FA competition) that earned us the tie at Rochdale, which in turn led to a trip to Brighton in the 2nd round where we managed to earn a home replay thanks to a last minute penalty save by our keeper Sam Ashton. We lost the replay 4-0 with a tiring FC United conceding a couple of late goals to make the final score look extremely harsh on us, but that couldn’t take away from that day at the Withdean.

The first few seasons, and the very first in particular, were a unique experience that can never be re-created. We were actually playing a space-filling friendly at Clitheroe on Easter Saturday 2006 when news came through that results elsewhere that day meant we couldn’t be caught for the North West Counties League Second Division title. So that was all a bit surreal.

Then there was the 2014/15 season where we combined the Northern Premier League title win with a run to the quarter-finals of the FA Trophy and a trip to Torquay. And before that, there was the home replay (at Stalybridge) against Barwell where we went 2-0 down but were saved by a spectacular own-goal in injury time and then scored a winner almost from the restart! We bookended that season with a friendly against Benfica to mark the opening of our new stadium at Broadhurst Park.

But the remarkable thing I’ve found about FC United is that almost every game seems to throw up something during the day that makes it uniquely memorable. We’ve had games where we’ve had two players sent off, goalkeepers injured or sent off … and still won. We’ve seen numerous two and three goal leads overturned both for and against us. Just about every FC United fan knows about the pig’s head being thrown on the pitch at Buxton or, just this season, where we got well beaten by Bamber Bridge and they sold out of pies just to compound everything! I’ve lost count of the number of times I’ve said, or heard said at the end of a match, “Can you believe this club?”

What do you think fan ownership brings to football?
It’s always seemed to me that there are two different strands of fan-owned clubs. There are those where the fans have stepped in (or been lumbered) to take over an ailing club and, without mentioning any names, you don’t sense any difference in the atmosphere around the club. It still seems very much 'us and them' and there seems to be a constant debate about whether sticking with fan-ownership is limiting ambitions to get them back to a level where they feel they belong. On the other hand, there are the clubs such as AFC Wimbledon, FC United, 1874 Northwich and Bangor 1876 who were created by the fans and fan ownership is at the core of everything. More than anything, it brings accountability and incentive to get involved. It’s no secret that we had a board shake-up at FC United during the summer of 2016 because, without dredging up too much, a majority of members weren’t happy about aspects of the way the club was being run. But, whereas it was the kind of situation that under a different ownership structure, could have led to a period of decline and long-standing resentment, we were able to quickly bring about the change we wanted and move on.

If you could change one thing about football today, what would it be and why?
Difficult to know where to start! When I look at other sports though, the one thing that seems to stand out in football by comparison is the officiating. I’ve stood among rugby crowds (both codes) where fans often sneer about the way footballers get in the referee’s face when they’re not happy about a decision, followed by the manager being all over TV and the press having his four penn’orth! It's something that just isn’t tolerated in other sports and, regardless of what anyone thinks of the particular referee in question or his performance on that day, presents a very poor image of the sport. It’s something that would be so easy to solve within existing rules by issuing cards as appropriate but perhaps referees also need strong backing from their association that they don’t seem to have had for ages. And I think an increased respect for referees would lead to an improvement in standards.

VAR is probably here to stay but it needs to be consistently applied and should be put under the control of the referee on the pitch with the video at his or her disposal if he or she wants to use it. The way it works at the moment, it’s often just a case of one person’s opinion trumping another – not always the ‘clear and obvious’ interpretation that it was meant to produce.